In the 1920s and 1930s the OGPU’s Solovetsky correctional labour camp was the most important part of the USSR’s camp system. Its camp complex was intended for the isolation of political opponents of the Bolshevik regime. 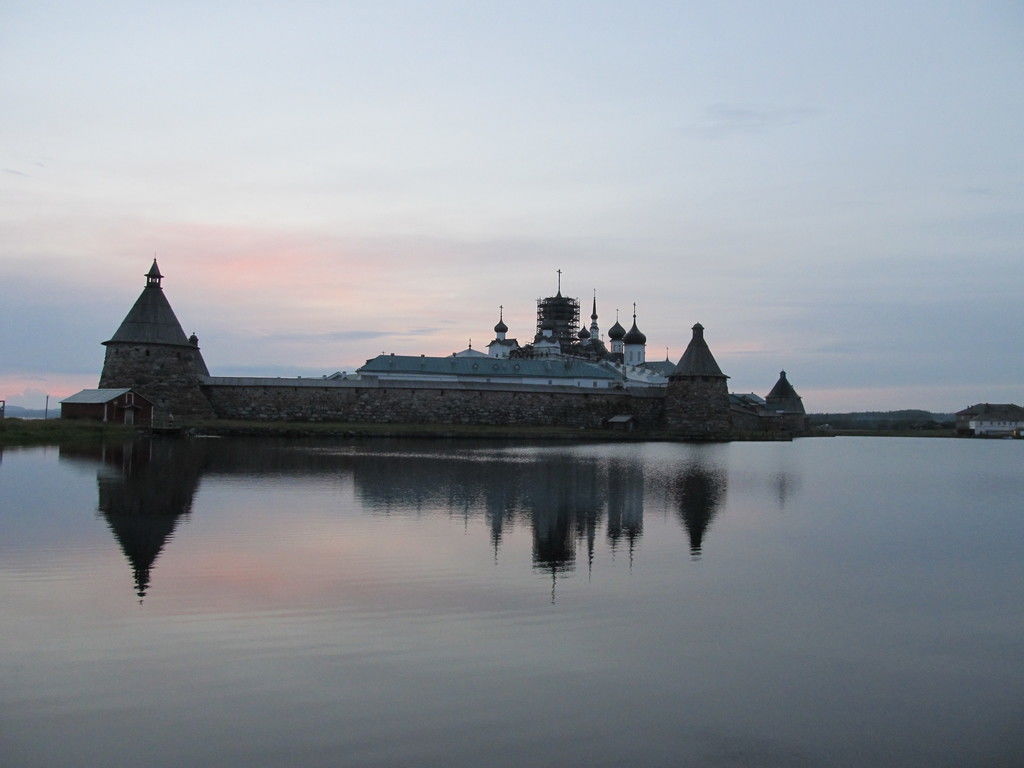 Until the 1920s, the Solovetsky Islands were known for a thriving monastery established by Orthodox monks as early as in the 15th century. However, after the Bolsheviks grabbed power in Russia its function was radically transformed. In the first half of the 1920s some of the Bolshevik regime’s first concentration camps, which soon became significant parts of the USSR’s camp system, were created on the Solovetsky and nearby islands in the Onega Bay of the White Sea.

The Solovetsky Islands special purpose camps (abbreviated as the SLON in Russian) were created in 1922–1923 from the so-called Northern Camps around Archangelsk with the aim of isolating and liquidating the political opponents and enemies of the Bolshevik regime. In its first year of operation, SLON began serving its function as the only special purpose camp in the USSR, and the majority of concentration camps administered by the Soviet secret police (the GPU) were made subordinate to it. In the years that followed, the Solovki camps became a kind of “laboratory” of the Soviet penal system. It was a test site for new approaches to camp administration, the treatment of prisoners, their labour deployment and countless new methods of physically and mentally destroying prisoners. Other camps later took on board to greater or lesser degrees not only its torture methods but also prisoner labour methods and system of guarding prisoners. Results at the Solovetsky Islands camps therefore greatly influenced the further development of the well-known Gulag.

From the beginning the SLON was divided into six sections which were located not only on Bolshoy Solovetsky Island (the Solovetsky Kremlin administrative centre, the Savvatiyevo hermitage and the criminal department on Mount Sekira) but also on the islands Bolshaya Muksalma, Malaya Muksalma, Anzer, Bolshoy Zayatsky, Maly Zayatsky and on Popov island by the settlement Kem. The prisoners were mainly put to work in the extraction and processing of peat, logging, fishing, agricultural and construction work, the production of consumer goods and as labour in engineering workshops. The SLON was also responsible for territory on the mainland, including in Karelia, around Archangelsk and along the river Dvina, as well as a number of distinctly remote areas by the Pechora and Ukhta rivers, where SLON Administration camps were set up for the purposes of geographical research at the end of the 1920s.

While the second half of the 1920s was a very important period for the existence of the Solovetsky Islands, the camps nevertheless saw a gradual decline in national importance. The SLON’s exceptional position was interrupted by a general reform of the USSR’s criminal justice system during the initial phase of collectivisation, which brought an enormous number of new prisoners for which the Solovetsky Islands camps did not have the capacity. However, the immediate reason for the decline of the Solovetsky Islands was the Stalin regime’s first megalomaniacal propagandist construction project, the building of the White Sea-Baltic Canal. In connection with the establishment of the White Sea-Baltic corrective labour camp (Belbatlang) in 1931 a gradual movement of camp administration and staff to the canal construction on the mainland got underway. The camp regime practically came to an end in 1937 and the Solovetsky Islands were separated from the Gulag system. The Solovetsky special purposes prison continued there temporarily but it too was shut down in 1939 and the same year the state security abandoned the islands for good. In subsequent years the group of islands served as a naval base. Since the mid-1970s the Solovetsky Islands have been a museum and nature reservation, fulfilling that function practically to this day. After the fall of the Soviet communist regime Orthodox monks began returning, thus reviving the original function of the monastery; this is one reason why the Solovetsky Islands are today one of the most visited places in northern Russia.

Jan Dvořák, The Institut for the Study of Totalitarian Regimes

For more information (in Russian, from the Memorial association): http://www.memo.ru/history/NKVD/GULAG/r3/r3-317.htm